Role:
I led a redesign project for Vhi, Ireland's largest health insurance company. Both of their iOS and Android health assistant apps needed an update to reflect the latest platform guidelines, while new branding updates also fed into the redesign. 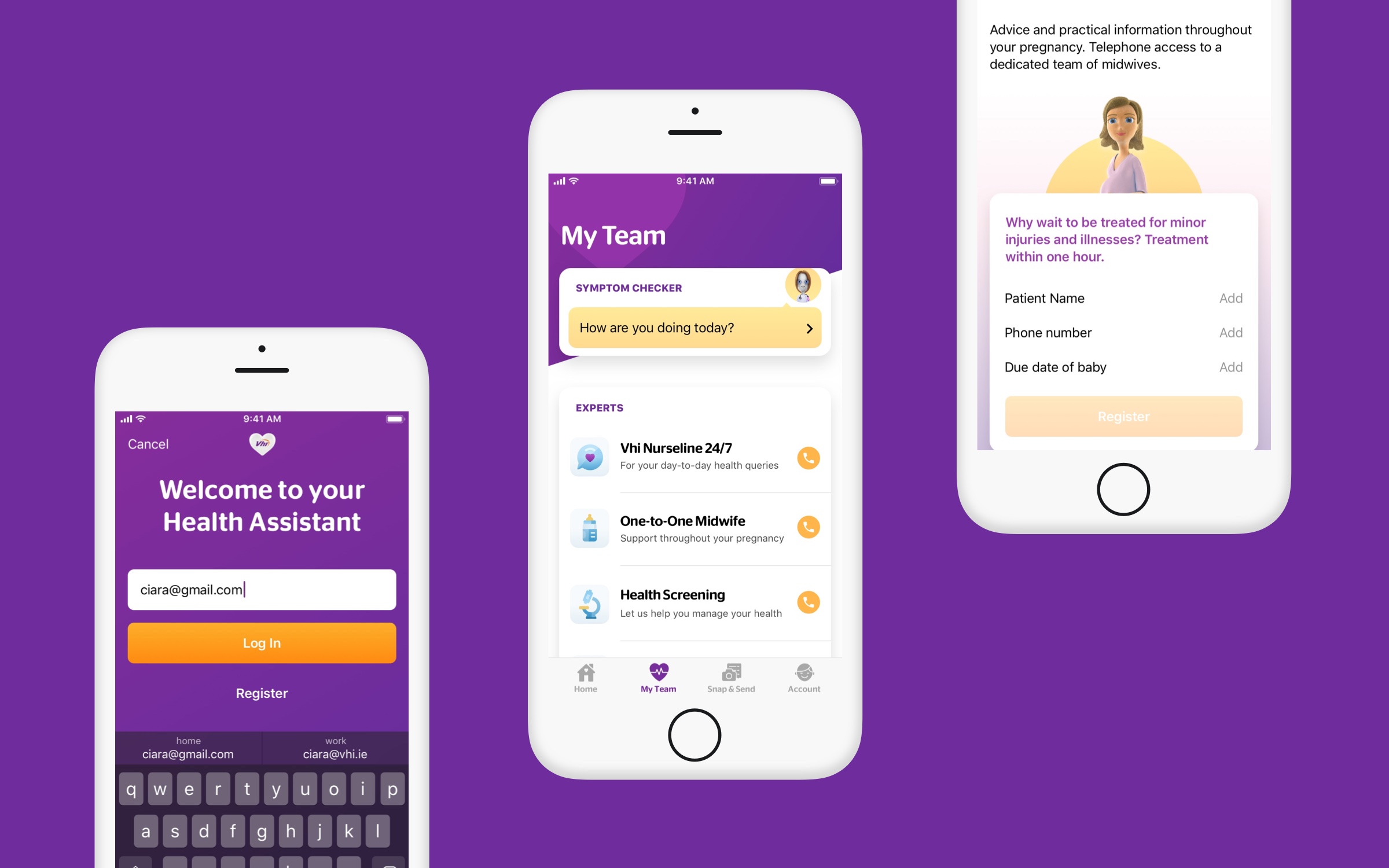 With Vhi making a few design changes to their branding (new typefaces and colour palette additions), and Android and iOS introducing new design guidelines, I was brought on to lead a design update project for both their apps.

We weren’t looking to make any major changes to the experience or layout, just visual tweaks and improvements to keep the app design nicely in sync with these new iOS and Material guidelines, and the new Vhi branding look-and-feel. 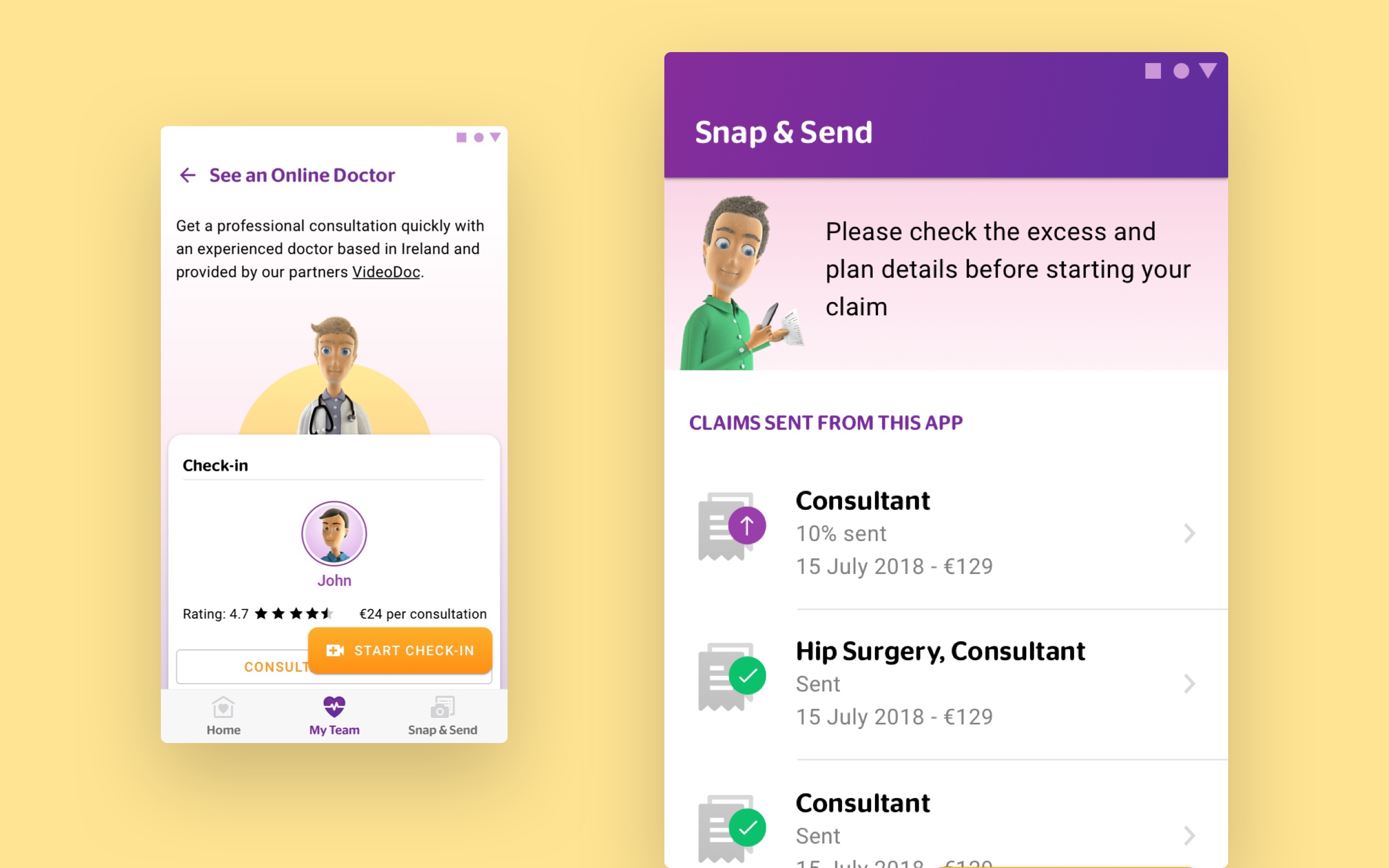 Vhi’s new leading typeface, Stag Sans Rounded, was introduced to the UI — working alongside iOS and Android’s native typefaces. A collection of service icons was also produced, complimenting the rounded type nicely, and more suitable for smaller screens than their previous heavy use of illustrated mascots.

Working alongside the design team at Ribot, we worked closely with the internal product team at Vhi. I regularly led all the teams through decks explaining the latest UI updates and rationale. 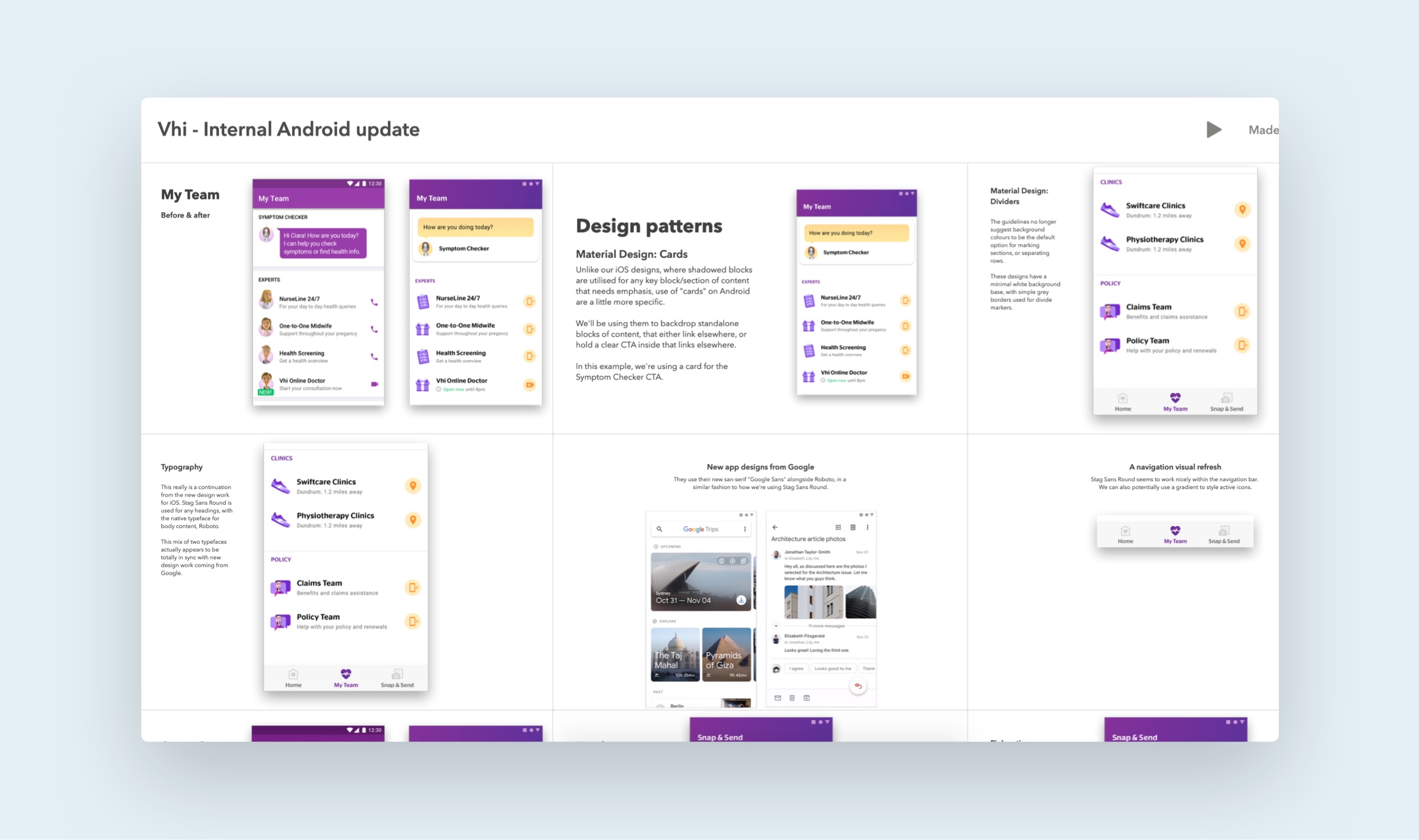 Check out another project?